In a world full of uncertainty, some things remain the same. One of those things is spring and gardening. I have been battling carpal tunnel which ultimately ended in surgery this past year.  I have missed blogging and finally am able to get back to it during one of my favorite times of year – gardening season.

Here in Kentucky, many have already started their seeds but I always wait a bit as it seems like we always get a late frost or two. We usually wait to plant most crops until at least after the first weekend in May so I can afford to wait a bit on starting seeds.

My little greenhouse is not heated so I waited a week or two longer this season as we have had a lot of rain and cool days. It has finally warmed up for the most part, so it is time to start seeds. Seeds can be started inside under lights also. Boone built the greenhouse a few years back and it doubles as the most awesome nursery for orphan lambs and calves. 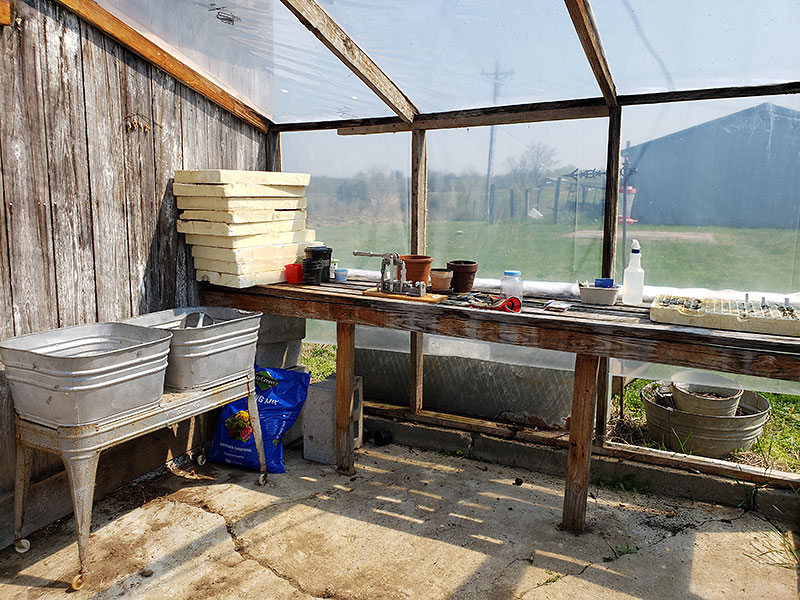 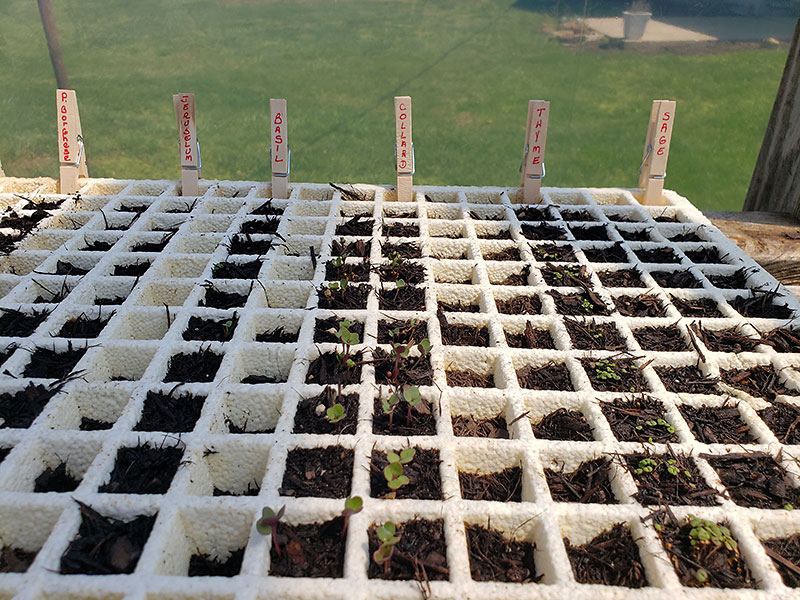 The first thing you do is fill your container with potting soil to right below the rim of the container.  Do not use all of the potting soil, as you will need some to cover the seeds. Tap the container on a hard surface or gently tap the soil itself to settle it. I label the clothespins and mark the rows with the plant markers before planting.

Take a pinch of the correct seed and sprinkle it down the planting container to make a row. Sometimes, more than one seed will drop in the same spot but do not worry about it. We are going to thin or transplant the seedlings later.

Once the seeds are sown, take a bit more potting soil and sprinkle that on top of the seed rows. Just enough to cover the seeds.  Spray all well to moisten the soil. I spray the trays 2 or 3 times a day. Cover the trays with plastic wrap and remove when the seedlings appear. So far, the collards and thyme are up and I am anxiously waiting for the rest to pop up.